Rates have steadily improved during the month of April, and are hovering just on this year’s lows, while property values are also at their lows in most areas. Great time to buy, and also to refi!

FHA rates are a bit lower, but they come with mortgage insurance which increases the monthly payment. That said, it is still possible to make a purchase up to $729,000 with as little as 3.5% down. WOW!
Posted by Karen Card at 2:13 PM No comments:

The mortgage market closed up yesterday by 52 bps, which is a nice improvement on news of the increased danger in Japan and an overall weaker economic outlook. Bad economic news = good news for interest rates.

The “conforming jumbo” program allowing lower rates for loans over $417,000 and up to $729,000 is scheduled to sunset this September 30th. The government could extend the deadline again, but it is unlikely given the fact that the government wants to get out of the business of guaranteeing mortgages. This is also a precursor for a sunset of the 30 year fixed rate loan. So, if you want one, get it now while they are still available. Rates will rise for those loans over the current conforming limit of $417,000 and it is possible that the limit could drop due to average home values having dropped since the limit went into place.

Dallas and the Arts 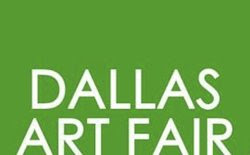 I visited Dallas last week to attend various events revolving around the Dallas Art Fair. Steve has been handling the marketing of a high rise luxury home project called “Museum Tower” that is closely aligned with the arts--both fine and performing-- in downtown Dallas.

We toured individual galleries; attended the Gala preceding the opening of the Art Fair; attended a private event at the Trammel Crow Asian Art Museum; had a private tour in the Dallas Museum of Art with the curator of the Gustav Stickley exhibit (think Craftsman home movement); and attended an event for the unveiling of a new sculpture at the Nasher Sculpture Garden. Amazing works of art and sculpture were all around us! I was floored by the sight of many famous pieces I’ve only seen in books.

All of the above were attended by lots of waiters offering food, champagne, wines, etc. Also attending were lots of beautiful and fascinating people. All I could say was WOW.

Dallas seems to have more trendy restaurants and bars within walking distance of the “Uptown” area and the “arts district” than anywhere I’ve been. And, those people love to party! I even had a glass of wine on the terrace of the fabled Mansion on Turtle Creek.

I can’t wait to go back to visit, and will follow up with more in-depth reports on hotels, museums, restaurants, the Katy Trail, etc. I even found a great 24 Hour Fitness downtown with a great Zumba class on Saturday morning…what could be better?
Posted by Karen Card at 3:23 PM No comments: