RATES: We started out 2014 with the highest rates we’ve seen in years, and then hit the lows of the year at the end of May. Since then mortgage rates have continued to exhibit some volatility but within a fairly narrow range. We are still looking at rates in the low to mid-4’s --and no points-- for most loans. Shorter term loans and ARMs are still in the 3’s…of course rental properties and higher loan-to-values loans still command higher rates.
Home values seem to have leveled off and even dropped in some locations. That makes this is a great time to buy! Market activity slows anyway this time of year, so better than ever for buyers to take advantage of the softening home prices and still comparatively low rates.

JUMBOS: Some very interesting developments in the last few months have included LOWER rates for jumbo sized loans over $625,500 (the conforming jumbo loan limit) and announcements about new jumbo reverse loans for homes valued over $700,000 with loan amounts up to $2,000,000. This is big news because we know that the majority of Americans have most of their savings in their home. In California with higher home values the FHA reverse products are limited to a max of $625,500 and oftentimes aren’t enough to pay off a current lien. These new jumbo reverse loans are ”proprietary,” meaning they are private and not government loans. So , no mortgage insurance and, they offer fixed rates!

REVERSES:
I am a big believer in reverse mortgages for some seniors. I had placed one on my mother’s home, and it was instrumental in enabling her to remain in her home with caregiver assistance, until she passed away. We paid off the reverse loan, and now hold the home as an investment property. So, the heirs have many options to pay off the reverse, or sell the property and retain the equity. 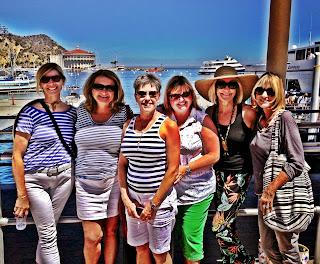 I had a weekend girl’s trip to celebrate two birthdays (BIG ones!) in May. We hit the weather perfectly, enjoyed some great meals out, and had a great time at the Descanso Beach Club. The Club is located walking distance from town, and offers a bar/restaurant as well as private seating on lounges, and cabanas. They have expert masseuses on-site as well as other activities like the zip-line and climbing wall. Although the beach is rocky, swimming and snorkeling are a blast for all ages. We stayed at Hamilton Cove with Killer views of the coastline. Every time I stay here I feel as though I’m in a Mediterranean resort. We lunched at the Bluewater Avalon www.bluewatergrill.com on the harbor, and dined at Steve’s Steakhouse www.stevessteakhouse.com and the Avalon Grille. Of course we had a drink (or two) at Luau Larry’s while we were at it. Always a hoot, especially with the funny straw hats they hand out! 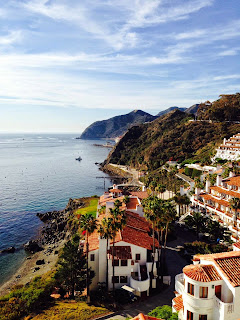 Our last afternoon we stopped at CC Gallagher www.ccgallagher.com on the way back to the ferry, and discovered a killer red wine called Troublemaker. We are still enjoying it, a lovely red blend with Syrah, Zin and another unpronounceable red grape.

Cozumel & Scuba Diving
Steve and I took a week off to dive in Cozumel at the end of June. I had been once, ten years ago, and before I was certified, but Steve hadn’t been there for something like 25 years… so it was all new to us. We stayed at a large “resort” with a couple of pools, restaurants, disco etc…and a lot of people along with some fascinating iguanas. 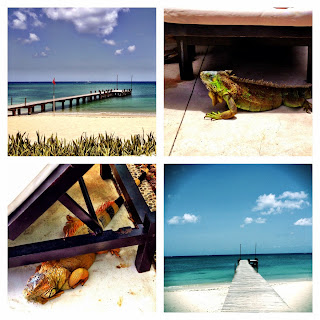 I wouldn’t recommend the resort, although the food was great and the bars served great drinks! It just didn’t feel authentic to us. And, the worst thing was that the disco didn’t get going until after 10:00 and when you dive, you just can’t stay up that late! YIKES! I guess I’m getting old! Anyway, the diving was pretty awful too. We realized we’ve been completely spoiled by small resorts catering to divers with nice boats (hmm like CocoView on Roatan, Bohio on Grand Turk and the Little Cayman resort). We won’t be going back soon, at least not to the Occidental. The diving was scary, since the currents were pretty crazy and STRONG, and one day we lost one of our divers on our boat. No kidding. But, we found him about 200 yards away.
During some of the dives, I felt a little like superman literally flying over the coral reefs. Not the usual way to view life under water! Conditions on the dive boats were less than acceptable. Well, I don’t need to belabor this. We did rest on this trip, and Steve painted some new fish. Over and out! 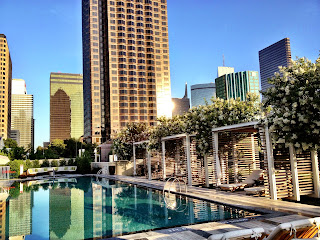 I am such a Dallasite, I can’t believe it. I actually look forward to visiting, and being wined and dined in the evenings. They have more restaurants per capita than any other metropolitan area in the US. I love to read at the pool at Museum Tower, visit the museums, and of course I get some work in too. Steve had to move condos since the one he occupied sold, so now we are in a new unit. My last visit in June we discovered a new restaurant by Stephan Pyles, www.sansalvaje.com with live music on the patio that we could hear from our place. So, we walked over, danced and thoroughly enjoyed ourselves. The same band, Latin Fire, is going to be playing at a party here this week…maybe a little salsa dancing will be involved! 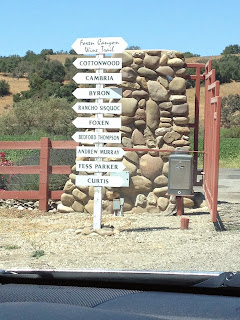 Next, I met Katie and her friend Rebecca in San Jose after the USA Water Polo Jr. Olympics, where they were coaching their teams from Ann Arbor. First, we drove down the coast on highway one, through Big Sur and stayed two nights in Solvang for easy access to the Santa Ynez Valley. The girls wanted to do some wine tasting! We also made a stop at the Monterey Bay Aquarium which was a blast. Haven’t been there in years! Our favorite winery in Santa Ynez was Foxen Hill www.foxenvinyard.com where we had a picnic of wine and cheese. Just beautiful country! We also visited Zaca Mesa and had some fab wines with dinner at Succulent Café. www.succulentcafe.com The waiter photo-bombed us! He was too funny! Of course we had two bottles with dinner but luckily we walked home. The charcuterie plate was to die for. Our second night we ate at Root 246, www.root-246.com on their outdoor patio, but I have to say we preferred the Succulent Café. 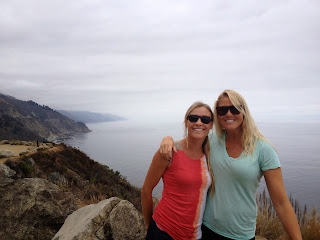 SACRAMENTO
We visited my son Kenny and his girlfriend Moselle in September. He followed Moselle there, and he is working with a lobbying group for affordable housing in California. We had a great time, and some fabulous meals at Ella’s Dining Room www.elladiningroomandbar.com and a tapas restaurant , Aioli Bodega. www.aiolibodega.com Both highly recommended but pricey. We rented bikes on Saturday and toured the downtown area, all along the river and through the college campus and residential areas. I must say I have a new outlook on Sacramento. The downtown is filled with activity, day and night, for people of all ages. We stayed at The Citizen Hotel which is in a historic building a block from the Capitol. On Sunday we rented SUP’s at the college Aquatics center on the American River. What a blast! And, the weather cooperated and was very pleasant! 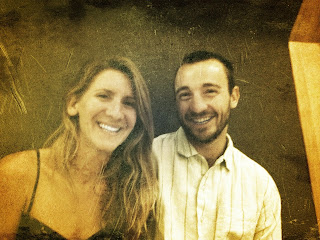 WATERMAN’S www.watermansharborrestaurantdp.com
We are excited to have a brand new seafood restaurant in the Harbor in Dana Point. Waterman’s is owned by the same group that operates Sunset’s Bar and Grill in Capo Beach, and Stillwater’s in Dana Point. Located on the Harbor with open air patio dining on both floors, it offers great views but even better food. Fish tacos, ceviche, chowder, poke, everything is really tasty. And, they have an oyster bar…don’t miss it! It is adjacent to the Catalina Express pier.

Happy Fall! Go Team! I love football season, even when my team loses.
Posted by Karen Card at 4:22 PM No comments: