We’ve seen many changes to the markets since the election, not the least of which is the stock market has been improving….and bond prices are down, which means interest rates are rising. We all agree that the bottom of the rate cycle has passed. That said, rates are still very attractive, and there are lots of people out there who haven’t taken advantage of a refinance.

Rates for most 30-year loans remain in the range of the mid 3’s to low 4’s, and there are lower rates for some products (15 years, ARMS and FHA/VA loans). Speaking of FHA financing, there are many changes coming up in the short term. Mortgage insurance charges are increasing.
On the bright side, new programs for conventional loans are making it easier to purchase homes with lower down payments...if you can find a property! It is definitely a seller’s market with little inventory, and rising home prices.

SHORT SALES, BK’s and FORECLOSURES: When are you eligible for a new loan?

Updates to MY WORLD

The holidays were especially wonderful for me since I had all my children together for Christmas, INLCUDING my brand new grandson, Theo, who wasn’t yet a week old. 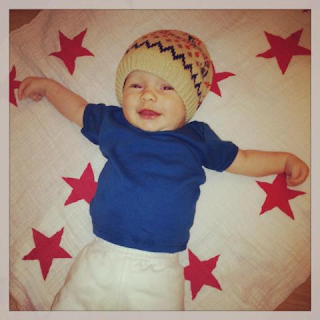 Katie and her beau Paul flew in from Michigan, Kenny was home (for GOOD!) from Berlin, and Drew and MaryGrace arrived from San Diego with baby Theo in tow. Mom was with us, along with all three of Steve’s boys, so it was a real family affair. The hit of the evening –other than Theo--were two battery-powered Shark balloons ready for battle. 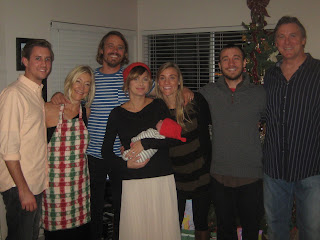 We celebrated New Years at a local restaurant, the Dana Point Wine Bistro, and had a fabulous meal with best friends while dancing the night away! www.winebistrodp.com

I was in Dallas in February for a grand opening party for Museum Tower. I was able to tour the building for the first time, and view the model homes, which were beautiful. The party hosted over 500 who were served food and beverages at a number of stations throughout the building. We were treated to music in three separate locations, and one location had a dance floor!

The biggest hit with the party-goers was the 38th floor – for its expansive views of Dallas and environs—but my favorite locale was the pool deck , which was quite frankly luxury defined, at least for me. Great views, beautiful pool, two separate fireplace seating areas, bocce ball court, Jacuzzi, interior bar seating area….all with the backdrop of downtown Dallas. I inquired as to whether they allowed camping on the pool area lawn, but was politely declined. Darn! I told them I’d just shower in the gym, which is on the same level, but no go! Check it out at www.museumtowerdallas.com

As sales activity has been picking up, so has Steve’s time spent in Dallas. The weather there is pretty strange and changeable, but the people are really friendly and fun. My favorite dance class ever is at the T. Boone Pickens YMCA—downtown—on Thursdays. I always try to make the class when I am visiting. Great combination of hip hop and Zumba, with the emphasis on hip hop. Meals at Truluck’s and Stephan Pyles were great as usual, but my favorite was Stampede 66, a NEW Stephan Pyles restaurant. www.stampede66.com Fun, casual atmosphere and CRAZY Fried green tomatoes.

We ended 2012 with a tad over $600 million in loans funded, and I was the #3 Loan Officer. I’ve been officially initiated into the “Chairman’s Club” with the Top Four, and am waiting to receive my gold-embossed business cards. Nice! Keep the loans coming!

Scuba diving in the Turks and Caicos Islands in March….